Making medicine, not money: How one U of T researcher’s startup is rethinking Big Pharma’s business model 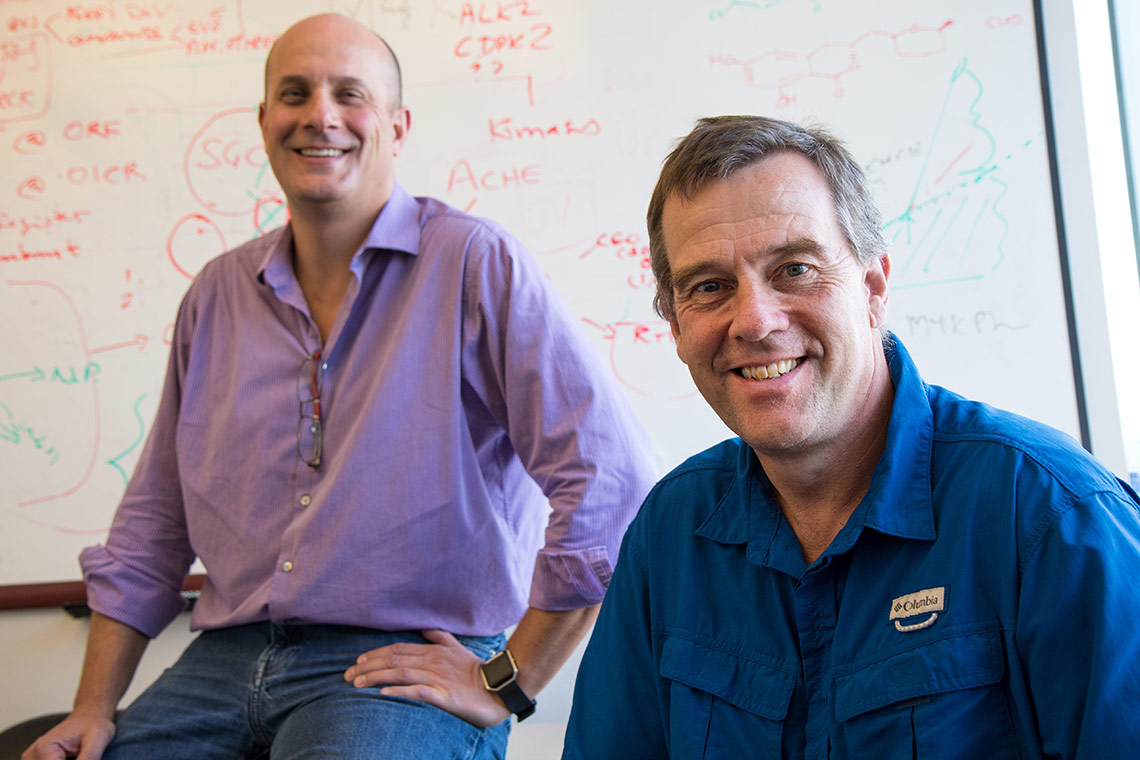 From U of T News

Thanks to advances in genomics research, it’s rapidly becoming apparent many illnesses can be splintered into ever smaller categories of disease, each affecting a relatively small number of people. Hence all the buzz about developing “personalized” medicines.

There’s just one problem. With the average cost of developing a new drug at US$2.6 billion, it’s not profitable for most pharmaceutical companies to pursue treatments that can only be administered to a few thousand patients – unless, of course, they charge outrageous sums.

“This is currently true for hundreds of diseases,” says Edwards, a professor in U of T’s Faculty of Medicine. “But it’s only going to get worse. Do the math – there’s probably a hundred kinds of autism, and each one might need a different treatment. There’s no way it will work with the current system.

“We need to reinvent how the business model works.”

So Edwards is trying to do just that. With the help of business partner Owen Roberts, he’s launched an open source pharmaceutical company, M4K Pharma (Meds for Kids), which seeks cures for diseases deemed too rare – and therefore too risky – for conventional drug companies to pursue.

M4K’s first target is diffuse intrinsic pontine glioma, or DIPG. It’s a rare pediatric brain cancer affecting fewer than 100 children in Canada annually, and comes with a grim five-year survival rate of less than one per cent. That’s basically unchanged from a half century ago when Neil Armstrong, who would become the first person to walk on the moon, lost his daughter to the disease.

How does it work? Operating as a virtual company, M4K plans to aggregate and organize public- and philanthropic-funded research already being done on rare illnesses at different post-secondary institutions around the world and guide it down the long and difficult path toward clinical trials.

The company will also eschew patents and encourage researchers to publish and share their work, protecting its marketing rights only through the test data exclusivity offered by regulators. Most importantly, any profits realized will flow back to M4K’s parent: Agora Open Science Trust, which, in turn, will reinvest the monies in more “open science” research.

“A key part of the strategy is eliminating the idea that the people involved need to personally benefit from this,” Edwards says, adding that he believes researchers will be happy to contribute as long as they’re convinced no one will financially benefit from their work.

It would be easy to dismiss the whole enterprise as hopelessly utopian if it weren’t for the fact Edwards has already demonstrated his open source concept can actually be good for business.

Edwards is a co-founder and CEO of the charitable Structural Genomics Consortium, or SGC, headquartered in Toronto. In operation for nearly 15 years, SGC comprises some 300 scientists in six countries who work on less studied areas of the human genome and share their results publicly to avoid duplication of efforts.

So far, SGC has released the structures of more than 1,300 proteins – there are more than 20,000 in the human body – with implications for the development of new therapies for cancer, diabetes, obesity and psychiatric disorders. It’s also attracted the attention of big drug companies, raising roughly $200 million in private-sector investment.

Now, with M4K, Edwards and Roberts hope to extend the model into the heart of the drug-development pipeline.

“We know that SGC and their clinical colleagues in Toronto and Montreal have done a bunch of biology and some basic chemistry work,” says Roberts, M4K’s chief executive, referring to DIPG. “Our next goal is to get more resources for chemistry, and we’ll have that in hand by year’s end.”

M4K, based in the MaRS Discovery District, is also working with the University of Oxford to validate the chemistry and with various hospitals to generate the necessary cell lines for testing.

“We will walk down the well-trodden line toward drug discovery,” says Roberts. “We’re harnessing government money that is already being spent, and the academics will be excited because they still get to publish – in fact, we’re actually encouraging them to publish because we’d love somebody else to say, ‘Wait, we have a better idea.’”

Though the ultimate goal is to develop a marketable drug for DIPG, Roberts says M4K will likely license the research, with restrictions to prevent profiteering, once it’s successfully completed a Phase 2 clinical trial – the point at which the drug has been shown to work on human patients.

That’s the same stage where Edwards and Roberts exited a previous, conventional drug startup called Affinium, which was spun out of research by Edwards and his colleagues at U of T. Affinium developed an antibiotic for antibiotic resistant bacteria that was ultimately purchased by Switzerland’s Debiopharm Group for an undisclosed sum.

Edwards says it took 14 years to get Affinium through Phase 2 using a standard profit-oriented approach – a process he believes can not only be expedited with M4K’s open source model, but applied to the invention of a drug targeting a devastating illness that might otherwise be ignored.

“We’re not doing it necessarily for peace and love purposes, although that’s definitely a consequence,” he says. “We think it’s the most cost-effective way to reduce the risk.”

After all, Edwards continues: “You can’t have personalized medicine without the medicine.”